The ACV/GARDS team were at the Home and Leisure show with a display to the general public on asbestos awareness from Friday the 26th to Sunday the 28th of May – we talked with many people and gave out bags of information. Great chance to catch many people that we would not usually run into. Young and old a like, people doing home renovations and others trying to find out about disposal and removal. Residents came in from all over Gippsland, which encompasses other councils in the area that abut Latrobe City to ask about how to handle and dispose of asbestos in their council area. It was great meeting everyone and hearing about their asbestos issues. We are taking some of those issues that were conveyed to us and seeing if we can try and represent the residents who live in those areas and rectify their problems.

ACV/GARDS also had two very hard working volunteers on the Saturday, we would like to thank Graeme Hamilton and Dennis Day for volunteering and helping out at the display. You were both a terrific help and we were informed that the two of you had a really good time talking with everyone that came up on the day. We could not have done it without you both. ACV/GARDS were also lucky to have applied for sponsorship to Energy Australia Yallourn P/L for the site we hired and we were successful in being allocated the funds to do that – it was very pleasing to know that we were supported in this manner to deliver the information to the public. Big thank you to the Energy Australia team at Yallourn it was very much appreciated.

All in all a very successful 3 day event where we met and talked with many and gained some new supporters. : ) 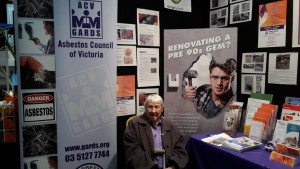 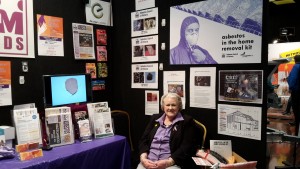 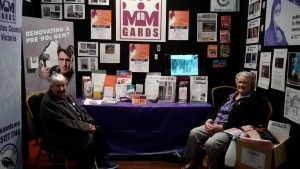