A St Louis jury has awarded more than $6 billion ($US4.7 billion) in total damages to 22 women and their families after they claimed asbestos in Johnson & Johnson talcum powder contributed to their ovarian cancer, in the first case against the company that focused on asbestos in the powder.

The jury announced the $5.6 billion ($US4.14 billion) award in punitive damages shortly after awarding $742 million ($US550 million) in compensatory damages after a six-week trial in St Louis Circuit Court.

Johnson & Johnson called the verdict the result of an unfair process that allowed the women to sue the company in Missouri despite most of them not living in the state.

The company has said it would appeal, as it has in previous cases that found for women who sued the company – news item attributed to ABC news 13/7/2018 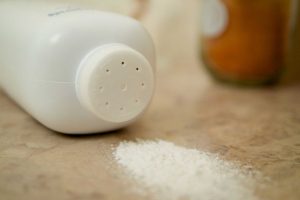